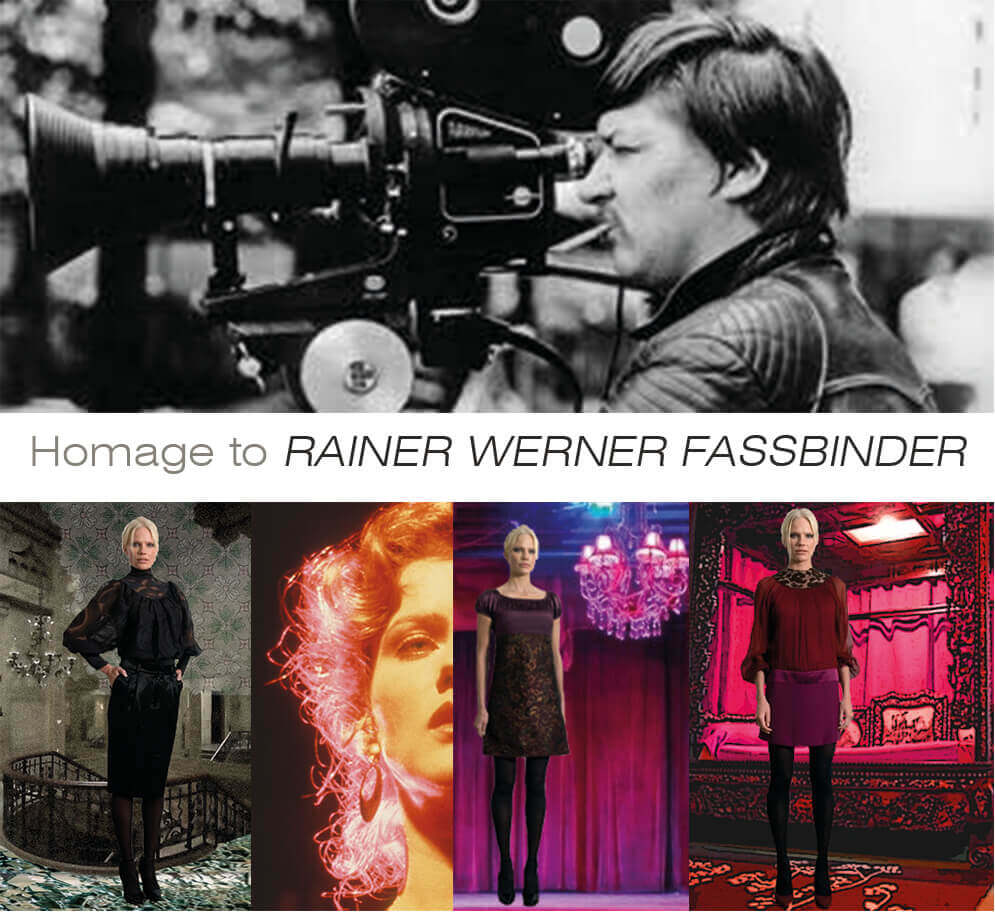 In respect of what would have been Rainer Werner Fassbinder’s 70th birthday, Jasmin Santanen pays tribute through reinterpreting a signature collection honoring the provocative yet poetic artistic legacy the German avant-garde filmmaker left behind.

Sensitive to the power beauty, his actresses are known to hide a vast world of longing beneath the beautiful, brittle surface progressively revealed to the viewer. Santanen follows these women through an “imaginary cinematographic journey” depicting their genuine and often disturbed emotions, filled with boundless esthetic delight and off beat reverie.

Ultimate femme fatale, Hanna Schygulla, was Fassbinder’s muse, whom he considered the epitome of a “German Woman”. This independent blonde with her sexual confidence and cold features was the leading lady in most of his films, including his greatest success, The Marriage of Maria Braun. Schygulla plays an ambitious and strong-willed woman who fills the void of a husband with her career as a mistress.

Opulent brocade fabrics paired with light seductive silks highlight the inner battle facing larger than life emotions of the typical Fassbinder woman; confident and self-sufficient on the outside while vulnerable inside. Bold lace patterns, sensual loose fitting silhouettes with rich color combinations and intricate design elements along with sophisticated tailoring, celebrate the complicated lives and daring actions of these audacious protagonists. The collection encourages women to dare to be themselves and to embrace their more vulnerable side.